Over the years, I have done shoots for music bands using one of my full spectrum converted cameras with vis-infrared filters to create faux color spectrum photos. I use my own proprietary filters to achieve different effects. 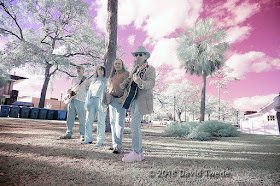 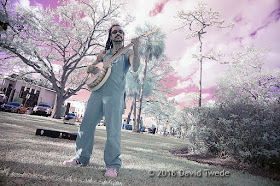 The infrared appeal comes from early work in infrared film of artists such as U2, Jimmy Hendrix, and many photos by Elliott Landy. 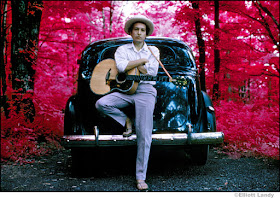 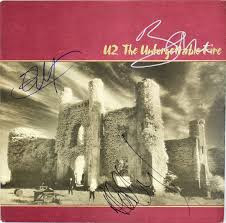 U2 B&W infrared film for "The Unforgettable Fire" album 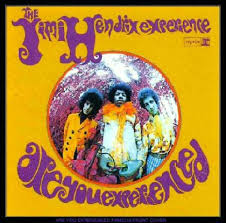 In around 1997, I used a version of Kodak IR Ektachrome (EIR) film for work in environmental sensing, to examine agriculture health using the Normalized Difference Vegetation Index, and other Indices of similar nature.  The Kodak IR Film allowed one to calculate how "red" vegetation was in order to determine early crop failure, it other applications of interest to the USGS or government. 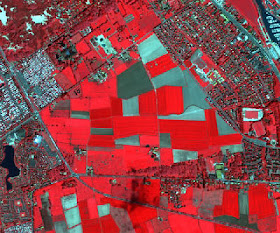 The process was tedious. You manually exposed the Kodak IR Aerochrome (the film for aerial platforms), developed it at specialized labs, or with specific chemical processes, and used ancient optical scanners to get values through photodosimetry; and finally calculating values by the NDVI, or other algorithms we had developed.

In late 1999, acquiring my first digital camera at work, and promptly dropping it, I took the broken device apart in a clean room, and found the infrared cut filter ("hot mirror") had been cracked.  I carefully stripped the glue and removed the filter.  After putting it back together, I found the camera had strange coloration.  It didn't take long for me to realize that it was sensing the near infrared, and knowing a little about silicon materials for detectors, I began experimenting.

I wanted to reproduce the near-infrared color film we used in remote sensing, and gather the data digitally, so I could avoid the tedious scanning and dosimetry processes.  Then I could easily gather data and more whichqu prices, analyze and exploit the techniques I was refining.

That camera, and every camera I've converted since is a full spectrum camera from near UV, visible to near infrared.  I modulate the transmitted spectrum with filters over the lens or between the back of the lens and the detector.

My first attempts, using sea-green filters, gave pale pink vegetation, not the rich red one sees in EIR film, where a military object appears greenish, but the vegetation stands in contrast with it.  While I've created and patented techniques that work even better than the EIR film for multispectral and hyperspectral imaging applications, I still pursued the digital equivalent to EIR film. 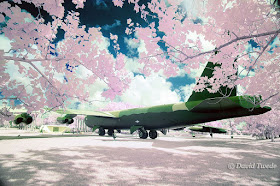 Scenes like the one below, created with the EIR film, are iconic.  And I realized a few years later, the vegetation , while having the same hue, was more saturated and darker--indicating, EIR film was less sensitive to the near infrared than the converted digital camera using a deep sea green filter. 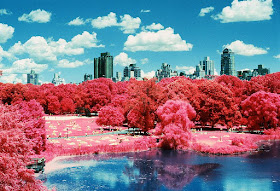 I grabbed my sample packs of gel filters and examined each under the LCD of my converted digital camera with an R72 filter, again over full spectrum camera, to see which of the filters appeared darkest in the infrared.  Most were highly transparent in the IR, but two stood out: Lee Gel Medium Blue Green and Lee Scuba Blue.


Admittedly, nearly 20 years ago, I had a far more limited palette of gels to try, and today, the ones I'm discussing are closest to what I found worked then.  I've since tried both of the Lee filters mentioned, and the scuba blue, darker than the other, provides a much closer feel to the original EIR film, when custom white balancing off of a grey card. 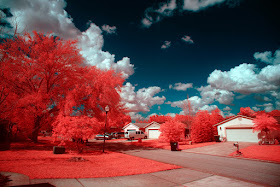 Photos taken in my neighborhood.  Scuba Blue Gel filter only 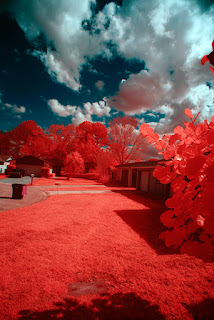 As close as it is, I wanted to get a more faithful reproduction of the famous remote sensing EIR film. You'll note the above photos have slightly lighter vegetation, and the street is also pink.  The sky is dark (but blue).  The scuba blue still passed a little too much near infrared.  I added a Schott KG3 glass in front of the lens. 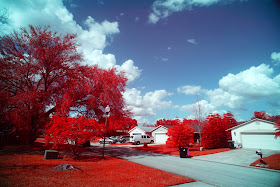 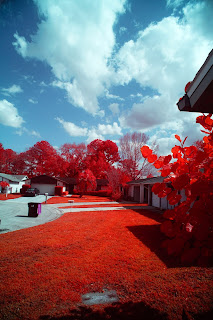 The above photos, combining an inefficient hot mirror with a Scuba Blue gel, was taken with custom white balance on a grey card, and exposed normally.   There is no post processing or color tweaking.  This is out of camera.  For all intents and purposes, it appears like the original EIR film.

You can get the Scuba Blue in a sheet for less than $10.  The Schott KG3 glass is a little more pricey and rare.  However, Rosco (another gel maker) sells a cheap inefficient hot-mirror glass, called the Permacolor #8000 which can be had for $12-30, depending on the size--and you can get it cut to your filter size, as needed.

The following were taken with only the Scuba Blue gel filter behind a cropped fisheye.  In one, the water is a very dark tone, just as it is with EIR film. 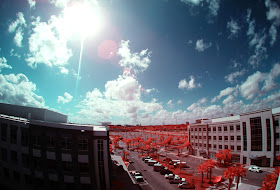 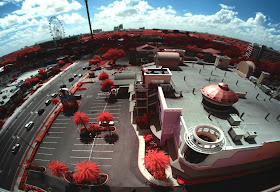 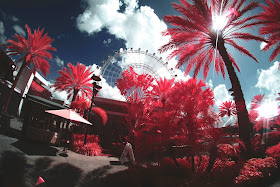 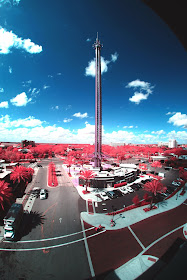 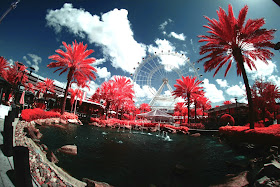 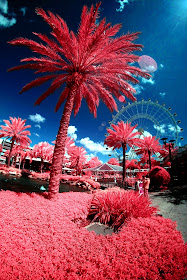 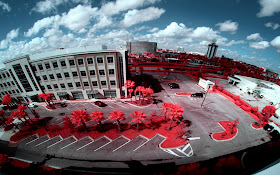 UPDATE on Feb 22, 2019:  I found out a company is selling a filter claiming to mimic the EIR film, but they sell them (pre order as of now) for substantially more than the few dollars I paid to create my personal filter. 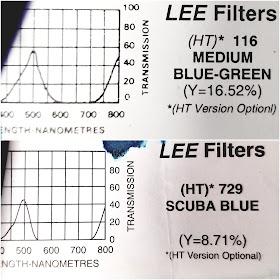